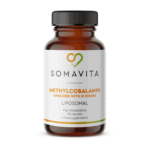 B12 causes the formation of red blood cells that maintain the iron level in the body. In addition, it can help reduce fatigue. Ribose, also referred to as D-ribose, is a naturally occurring sugar that can be made from glucose by the body. Ribose is converted into energy in the cells.

Vitamin B12 is a very important and essential nutrient of which one should certainly not build up a deficiency. Vitamin B12 contributes, among other things, to normal energy-yielding metabolism, normal functioning of the nervous system, normal psychological function, normal formation of red blood cells, normal functioning of the immune system, the reduction of tiredness and fatigue and plays a role in the cell division process .

The big problem is that a B12 deficiency is difficult to detect. Common blood tests at the GP can only detect a serious deficiency and are only able to measure the amount of B12 in the blood. This concerns the non-biologically active form of B12. This test cannot indicate at all how much vitamin B12 is actually present in the tissues. There could be enough B12 in the blood, but the question is whether the body is able to convert this inactive version of B12 into a biologically active version such as methylcobalamin.

Unfortunately, a large part of the population cannot optimally convert the vitamin B12 in the blood to the bioactive version, so that insufficient methylcobalamin ends up in the organs and tissues. Metabolizing the non-bioactive form of B12 is a complicated process in which the vitamin B12 is disconnected from one protein and reconnected to another protein called the Intrinsic Factor. It is precisely this Intrinsic Factor that is vulnerable to substances such as coffee, alcohol and non-natural food additives. So even people who are not vegetarian or vegan can develop a vitamin B12 deficiency.

Liposomal Methylcobalamin works very effectively to bring the vitamin B12 into the body cells. On the one hand, the methylcobalamin is the most biologically active form for the body to absorb, on the other hand, the liposomal form provides excellent transport to the cells. The added D-ribose provides extra support during transport and conversion into energy. Thanks to the liposomal technology of Somavita®, the Methylcobalamin is not broken down by the gastric juice and the digestive enzymes when ingested, as is the case with a conventional food supplement. As a result, the glutathione as an active ingredient remains completely intact so that it can enter the body cells without hindrance.

Due to the Health Claims Regulation and the KOAG/KAG, we are not allowed to mention the powerful effect of methylcobalamin here. By searching the internet with for example duckduckgo.com for “methylcobalamin” and “research” or “fatigue” one can find a lot of scientific health articles that specifically discuss this.

Suitable for vegetarians and vegans.

Storage in a closed and dark place at room temperature.

Mandatory statement according to food law: The recommended daily dose should not be exceeded and is not a substitute for a balanced and varied diet. Keep out of reach for small children.

It is our intention to offer highly absorbable supplements to a wide audience. The information on this website is not intended to provide medical advice or to discourage you from visiting a doctor. If you have health problems, always consult a doctor or recognized therapist first. Always take medicines or medicinal herbs in consultation with your therapist or doctor. Nutritional supplements are not a substitute for a balanced and varied diet..

has been added to your cart.
Checkout
This website uses cookies to improve your experience. We'll assume you're ok with this. However, you can opt out if you wish. Cookie settings Accept
Manage consent

This website uses cookies to improve your experience while you navigate through the website. Out of these, the cookies that are categorized as necessary are stored on your browser as they are essential for the working of basic functionalities of the website. We also use third-party cookies that help us analyze and understand how you use this website. These cookies will be stored in your browser only with your consent. You also have the option to opt-out of these cookies. But opting out of some of these cookies may affect your browsing experience.
Necessary Always Enabled
Necessary cookies are absolutely essential for the website to function properly. These cookies ensure basic functionalities and security features of the website, anonymously.
Functional
Functional cookies help to perform certain functionalities like sharing the content of the website on social media platforms, collect feedbacks, and other third-party features.
Performance
Performance cookies are used to understand and analyze the key performance indexes of the website which helps in delivering a better user experience for the visitors.
Analytics
Analytical cookies are used to understand how visitors interact with the website. These cookies help provide information on metrics the number of visitors, bounce rate, traffic source, etc.
Advertisement
Advertisement cookies are used to provide visitors with relevant ads and marketing campaigns. These cookies track visitors across websites and collect information to provide customized ads.
Others
Other uncategorized cookies are those that are being analyzed and have not been classified into a category as yet.
SAVE & ACCEPT